War in Ukraine: what is Joe Biden's position in the conflict?

While Joe Biden was the first to sound the alarm about the imminence of a Russian invasion in Ukraine, the American president has appeared quite discreet since the start of the offensive. Washington is currently in a strategy of avoiding a direct diplomatic face-to-face with Moscow. An analysis explained to us by journalist Loïc de la Mornais live from Washington, Saturday March 5. 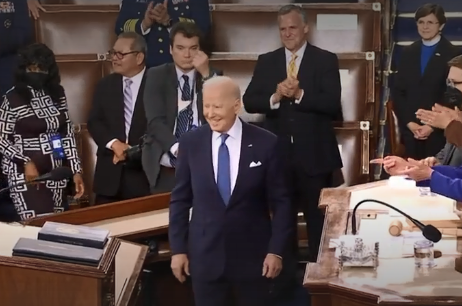 " Some criticize America and its incomparable military power for not doing enough ," reports journalist Loic de la Mornais, live from Washington.  However, according  to American experts, President Joe Biden is doing a " good job " and managing this crisis as well as possible.    He would stay on the right line with sanctions on one side and the desire to avoid a military escalation on the other.

Time is not on Putin 's favor

Indeed, the Ukrainians have requested a ban on overflights of their country.  A measure which was refused to them by NATO , " because in this case, American planes, NATO planes would fire on Russian planes with all the risks of escalation, perhaps even nuclear as that guess ", explains Loic de la Mornais.    For now, the United States is supplying arms to Ukraine and sharing its information with the Ukrainians.  The Americans " tell themselves that time will not play in Vladimir Putin's favor anyway ", he concludes.