Mercato: Cristiano Ronaldo has the choice of the destination 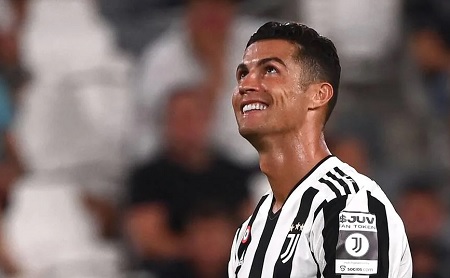 For several weeks, the rumor of a departure of Cristiano Ronaldo from Juventus this summer has been growing. One year from the end of his contract, the Portuguese star is spoiled for choice. If a free start next year is no longer in doubt, it is not impossible to see CR7 packing its bags this summer. We take stock.

After Lionel Messi , it's Cristiano Ronaldo's turn to ignite the transfer window. The first info came from Italy where Cristiano Ronaldo is playing with Juventus Turin. The Corriere dello Sport evokes this Monday an offer from England and more precisely from Manchester City. The Italian newspaper explains this rumor by a trip by Jorge Mendes to Manchester to negotiate with the leaders of the Citizens.

In England precisely, the press also mentions a departure of CR7 in Manchester. But she is more about a return to United, who would dream of bringing back the one who rocked Old Trafford for six seasons (2003-2009). In Spain too, word seems to have been passed over Ronaldo's departure. The famous El Chiringuito show said on Monday evening that Carlo Ancelotti himself would do anything to bring the Portuguese back to Madrid . An information denied by the principal party on Tuesday afternoon.

Last club mentioned for the future of Ronaldo: PSG. Already author of an XXL transfer window with the arrivals of Donnarumma, Hakimi, Wijnaldum, Sergio Ramos and Messi , the Parisians would think of Ronaldo to finish the table. According to Tuttosport , the track is intimately linked to the future of Kylian Mbappé. And this from this season if the French striker were to leave the capital.

Otherwise, the Italian newspaper speaks of a free arrival in the summer of 2022 at the time of the probable departure, also free, of Kylian Mbappé. Either way, the world sports press seems to have spread the word on Monday. Since his arrival in Turin, Cristiano Ronaldo had never fed the world newspapers so much.

At 36, the Portuguese is a player still courted because he represents, like Lionel Messi, a formidable sporting and financial blow, thanks to the world exposure he enjoys. This is what could encourage Qatar, a year and a half before the World Cup, to take the plunge for another madness.