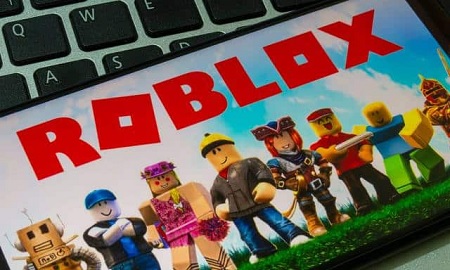 ROBLOX, the gaming platform that is very popular among young children, has released the financial results. The company's second-quarter revenue fell short of expectations.

The platform is now worth about $45 billion in the market, making it more valuable than traditional video game giant Electronic Arts.

As of May, the company said it had 43 million daily active users, up 28 percent from last year. The company said that this number rose to 43.2 million at the end of the second quarter.

The more users of the platform, the more money the company earns from selling its virtual currency, Robux, which can be used for in-game purchases. The company takes a portion of Robux's revenue and shares the rest with game developers.

And the company has captured the gaming world in a big way because it's not just one game in itself. Instead, it is a platform with millions of user-generated games.

It also pioneered so-called metaverses, which is the idea that more and more people interact with virtual content in an online world.

Moreover, Facebook, Microsoft, and Epic Games all have ambitious plans for metaverse.

But Roblox seems to have bigger ambitions. It announced that the company buys it is an emerging company called Guilded, which develops building games such as voice and video chat in addition to the calendar and scheduling applications community tools.

“The Guilded team has a demonstrated passion for empowering communities," Roblox CEO said in a press release. They have a great team and great technology. We are very excited to help them continue on their path.

Popular musicians have reached out to younger fans by giving concerts on the Roblox platform.

Lil Nas X premiered Roblox in December and has over 30 million views. YouTuber and rapper KSI held a series of shows this past weekend.

In addition, the company is attracting the attention of major media and gaming companies as well. In June, Netflix released a game via Roblox that allows players to visit a virtual version of the 80s-era Starcourt Mall from Stranger Things, which was a major venue during the show's third season.

Canadian gaming and entertainment company Spin Master announced last week that it plans to show a new episode of its popular Bakugan show on Roblox. And that was a week before it was broadcast on Netflix.

“By integrating our collective audiences, we can offer the Roblox community as well as Bakugan fans new and unique ways to connect and experience entertainment together within Roblox metaverses,” said Roblox Vice President of Brand Partnerships.