What is Dermot Mulroney’s Net Worth?

Dermot Mulroney is an actor who is best known for his performances in drama, thriller, Western, and romantic comedy films. Dermot Mulroney has a net worth of $9 million. His notable credits include “Young Guns,” “Where the Day Takes You,” “Point of No Return,” “Angels in the Outfield,” “My Best Friend’s Wedding,” and “August: Osage County.” On television, Mulroney has appeared on such series as “Crisis,” “Pure Genius,” “Shameless,” and “The Purge.”

Dermot Mulroney was born on Halloween in 1963 in Alexandria, Virginia. His mother, Ellen, was a regional theater actress, while his father, Michael, operated a private practice in tax law in Washington, DC. Mulroney is of German and Irish descent, and has four siblings: older brothers Sean and Conor, younger brother Kieran, and younger sister Moira. As a kid, Mulroney went to Matthew Maury Elementary School, and played cello in both the school and city youth orchestras. He also acted in community theater. Mulroney went on to attend George Washington High School before transferring to T. C. Williams High School. For his higher education, he enrolled at Northwestern University in Evanston, Illinois, graduating with a degree in communications in 1985.

While a senior in college, Mulroney auditioned for WMA agent Barbara Gale, who subsequently offered him a contract and invited him to relocate to Hollywood. After a few months of further auditioning in Hollywood, Mulroney landed his first major role, playing the male lead in the 1986 CBS television film “Sin of Innocence.” The same year, he appeared in episodes of the series “Fame” and “CBS Schoolbreak Special.”

In 1988, Mulroney made his feature film debut with a supporting role in the mystery Western “Sunset.” He appeared in another Western that year, “Young Guns,” as part of a large ensemble cast including Emilio Estevez, Kiefer Sutherland, Charlie Sheen, and Lou Diamond Phillips, among others. Mulroney was subsequently in three films in 1989: “Staying Together,” “Survival Quest,” and “Longtime Companion,” the latter of which was the first wide-release theatrical film to focus on the subject of HIV/AIDS.

Mulroney was prolific on the big screen in the 90s. Early in the decade, he was in “Bright Angel,” “Samantha,” the romcom “Career Opportunities,” the crime thriller “Where the Day Takes You,” the Western horror film “Silent Tongue,” the action film “Point of No Return,” and the dramedy “The Thing Called Love.” He had many memorable roles following this, including in the Western “Bad Girls”; the coming-of-age film “There Goes My Baby”; the sports fantasy “Angels in the Outfield”; the psychological thriller “Copycat”; and the independent comedy “Living in Oblivion.” Mulroney’s credits during the latter half of the 90s include “Kansas City,” “The Trigger Effect,” “My Best Friend’s Wedding,” and “Goodbye Lover.” 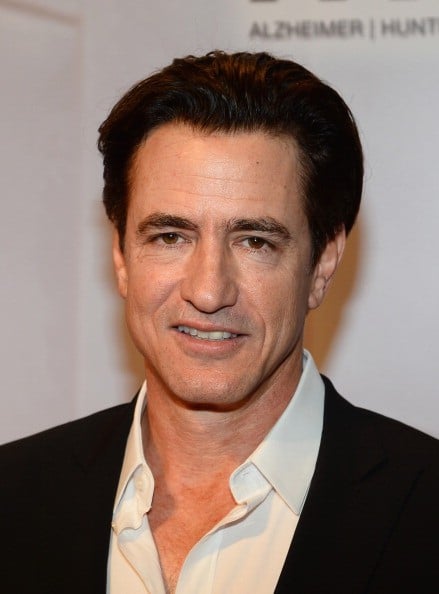 Film Career in the 00s and Beyond

In the early 00s, Mulroney was in “Trixie,” “Where the Money Is,” “The Safety of Objects,” “Investigating Sex,” “Lovely & Amazing,” “About Schmidt,” and “Undertow.” He was subsequently in the comedies “The Wedding Date,” “Must Love Dogs,” and “The Family Stone,” all from 2005. Following this, Mulroney had roles in the historical mystery thriller “Zodiac,” the dramedy “Georgia Rule,” and the sports drama “Gracie.” He closed out the decade with performances in “Jolene,” “Burn After Reading,” and “Flash of Genius.”

Mulroney had a plethora of roles throughout the 2010s in various genres. His thriller and horror credits include “Inhale,” “Abduction,” “The Grey,” “Trade of Innocents,” “Stoker,” “Careful What You Wish For,” “Insidious: Chapter 3,” “I Still See You,” and “The Courier.” Among his drama credits are “J. Edgar,” “Big Miracle,” “Jobs,” “August: Osage County,” “Truth,” “Lavender,” and “The Mountain Between Us.” Meanwhile, Mulroney was in such comedies as “The Family Tree,” “Struck by Lightning,” “A Glimpse Inside the Mind of Charles Swan III,” “The D Train,” and “Dirty Grandpa.” Among the actor’s more recent credits are “Hard Luck Love Song,” “The Blazing World,” “Deadly Illusions,” “Umma,” and “Agent Game.”

Mulroney starred in many television films throughout the late 80s and 90s. They include “Daddy,” “Long Gone,” “Unconquered,” “The Heart of Justice,” “Family Pictures,” “The Last Outlaw,” and “Heroine of Hell.” In 2003, Mulroney had a recurring role as Gavin Mitchell in the ninth season of the sitcom “Friends.” Later, from 2007 to 2008, he voiced the Green Lantern on the animated series “The Batman.” This was followed by the television films “The Memory Keeper’s Daughter” and “Silent Witness.”

From 2012 to 2018, Mulroney played the recurring part of Russell Schiller on the Fox sitcom “New Girl.” During this time, he also had a recurring role in the second season of the HBO series “Enlightened,” as well as a main role on the short-lived NBC action thriller “Crisis.” He had a bigger part from 2015 to 2017, when he played Sean Pierce in 23 episodes of the Showtime series “Shameless.” Also during this time, Mulroney was in three episodes of “Mozart in the Jungle” and starred on the short-lived CBS medical drama “Pure Genius.” He has had numerous other recurring roles over the years, including on “American Horror Story: Cult,” “The Purge,” “Arrested Development,” “Station 19,” “The Righteous Gemstones,” “Prodigal Son,” and the 2019 miniseries adaptation of “Four Weddings and a Funeral.” Mulroney also had a main role on the Amazon streaming series “Hanna” from 2019 to 2020.

In 1990, Mulroney married actress Catherine Keener, whom he had met while they were both filming “Survival Quest.” The couple had a son named Clyde in 1999, and later separated in 2005. In December of 2007, they officially divorced on account of irreconcilable differences. The next year, Mulroney wed Tharita Cesaroni-Catulle; they have two daughters named Mabel and Sally, and reside in Los Angeles, California.

An accomplished cellist, Mulroney was previously in the band Low and Sweet Orchestra, and is currently in the band Cranky George. He has also played the cello on various songs and film scores, including Melissa Etheridge’s “Place Your Hand” and the soundtracks to two “Mission: Impossible” films.

In 2004 Dermot paid $2.5 million for a Craftsman-style home in Santa Monica, California.

In 2016, Dermot paid $1.66 million for a home in LA’s Hancock Park neighborhood. Two years later he paid a little over $2 million for the property immediately next door. For whatever reason, Dermot decided to sell the latter property for $2.1 million in May 2021.