Gabrielle Union’s fans and followers have voiced shock over the actress’s ageless looks after she posted a series of stunning bikini snaps to Instagram in honor of her 49th birthday – prompting a flurry of praise from awed commenters.

The mother celebrated her birthday with a romantic trip to Cuixmala, Mexico, with her husband, Dwayne Wade, 39, and she wasted no time in flaunting her enviable figure in an array of bathing suits – even roping in her partner to serve as her photographer.

In one set of snaps, Gabrielle is seen posing in a skimpy orange bikini with a straw hat on her head – which she posted along with the caption: ‘Forty-fine! Happy birthday to me!’

While the Bring It On star – who welcomed her daughter Kaavia via surrogate in 2018 – was clearly feeling confident in her appearance, any doubts she may have had were likely quickly erased by the influx of complimentary comments from her followers, many of whom were quick to point out how young she looked in her images. 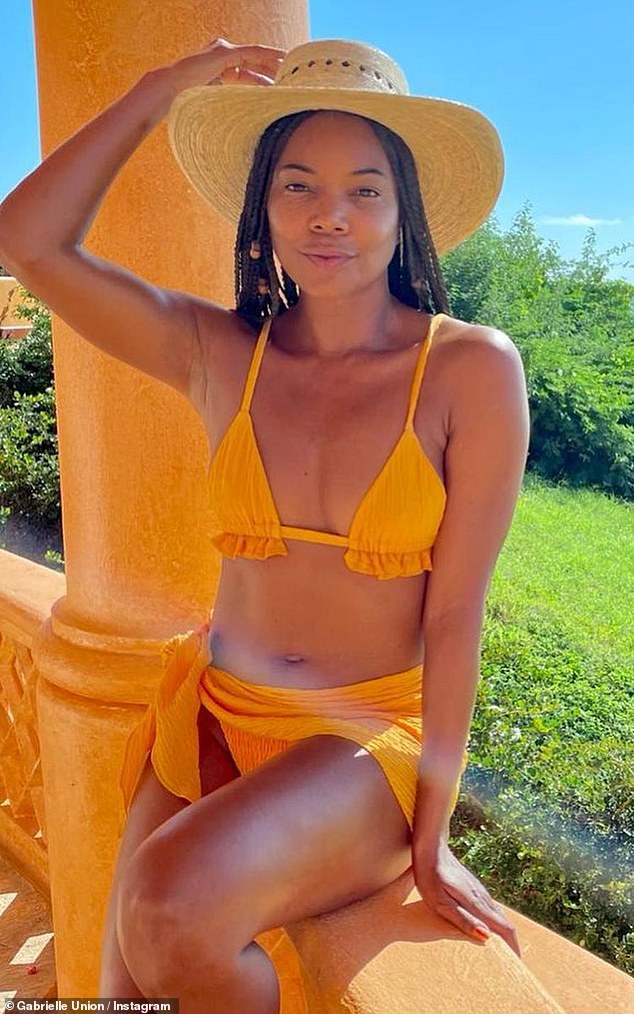 Gabrielle Union recently jetted off to Cuixmala, Mexico, with her husband, Dwayne Wade, 39, to celebrate her 49th birthday, and she shared some stunning photos from the getaway 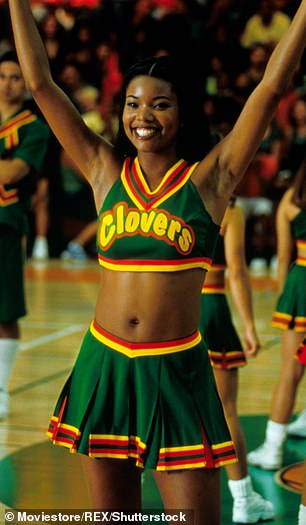 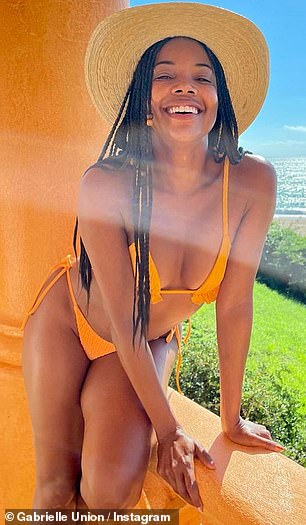 Fans can’t stop talking about how great she looked in the steamy shots (right), and how little she she has changed since she starred in the 2000 movie Bring It On (left) 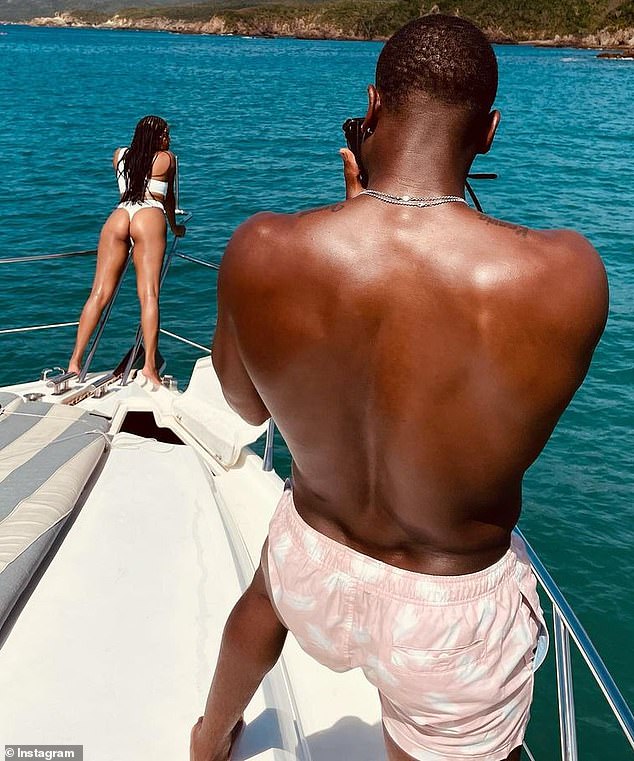 The birthday girl posted a cheeky pic of herself standing at the edge of a boat, showing off her behind while her husband snapped a photo on his camera

‘I’m unfollowing you, there’s no way you are 49 looking this amazing! It’s obvious you’re a vampire and [were] bitten a decade or so ago. Happy birthday, queen,’ one Instagram user joked in the comment section.

The birthday girl also shared a cheeky pic of herself standing at the edge of a boat, showing off her behind, while her husband snapped a photo on his camera.

‘Why yes, I am a Scorpio. What gave it away?’ she wrote, alongside the steamy shot.

‘You working 49 like 39 and that’s HOT,’ a fan commented. ‘Haters gonna hate. Because YOU look amazing!’

‘The queen is forever young. Never ages a bit,’ another added.

Tell us your secrets! Many of her followers took to the comment section of the pics to gush over how young she looked

She may have just turned 49, but her fans couldn’t believe it

One person even joked that she must have been bitten by a vampire, and that’s why she looks the same

Spot the difference! Images of the actress (pictured left in 2001 and right in another vacation snap) reveal that she has barely aged in the last 20 years 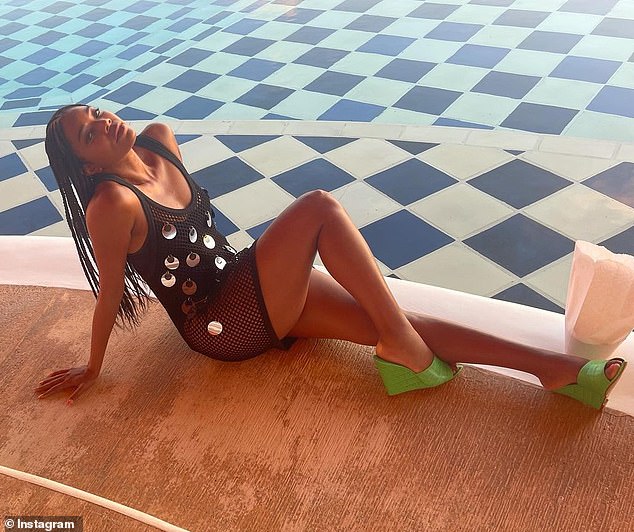 During a night out on the trip, Gabrielle wore a sheer black dress with dangling silver sequins. She paired the look with eye-popping green wedges 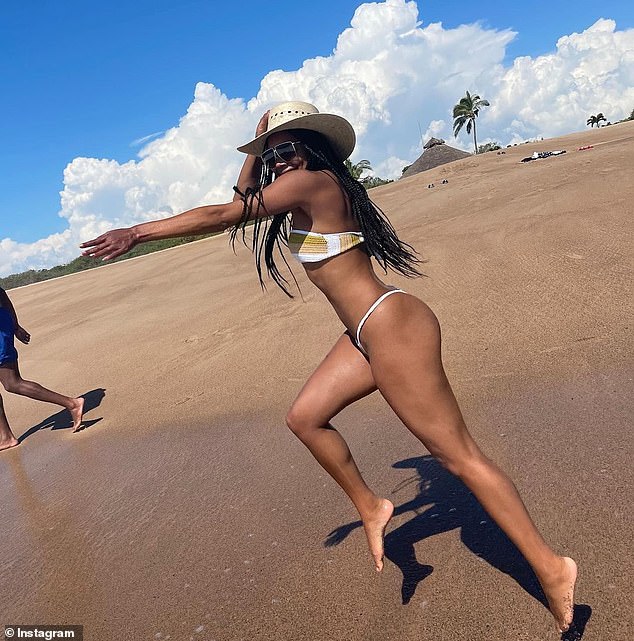 In another set of pics, the star showcased her toned abs as she frolicked along the beach in a crochet swim suit and brown sun hat

Later on in the day, the Bring It On alum changed into a sheer black dress with dangling silver sequins. She paired the look with eye-popping green wedges.

For her birthday, Wade surprised his wife of seven years with a private performance from the R&B group 112. The former NBA star shared a video of the band singing their hit song ‘Cupid’ to his Instagram, and Gabrielle seemed to love it. 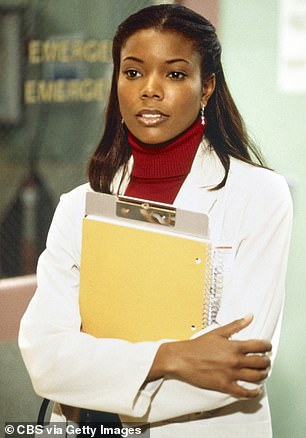 In another set of pics, the star showcased her toned abs as she frolicked along the beach in a crochet swim suit and brown sun hat.

‘Runnin’ into this week like… Let’s get it!’ she captioned the photos.

During their trip, the couple spent time soaking up the sun on the beach, horseback riding and taking luxurious boat rides.

Back in 2014, Gabrielle explained how keeps her appearance so youthful.

‘Well, when I was young, it was like a curse, but I think my oily skin has worked as an embalming fluid,’ she told Entertainment Tonight.

‘I also try to keep my stress levels down and I started drinking a gallon of water every day once I hit 35.’

She also explained to E! News last year, ‘I swear to God, the second I learned how to say “no,” I felt that was the best anti-aging I could do for myself.’