She’s no stranger to power dressing while in character as the businesswoman Shiv Roy on Succession.

And Sarah Snook looked powerful as she wowed in a plunging black jacket and matching suit trousers in the December issue of Harper’s Bazaar UK on Wednesday.

In an accompanying interview, the 33-year-old actress revealed she had no clue how to play her billionaire character when she first read the Succession script. 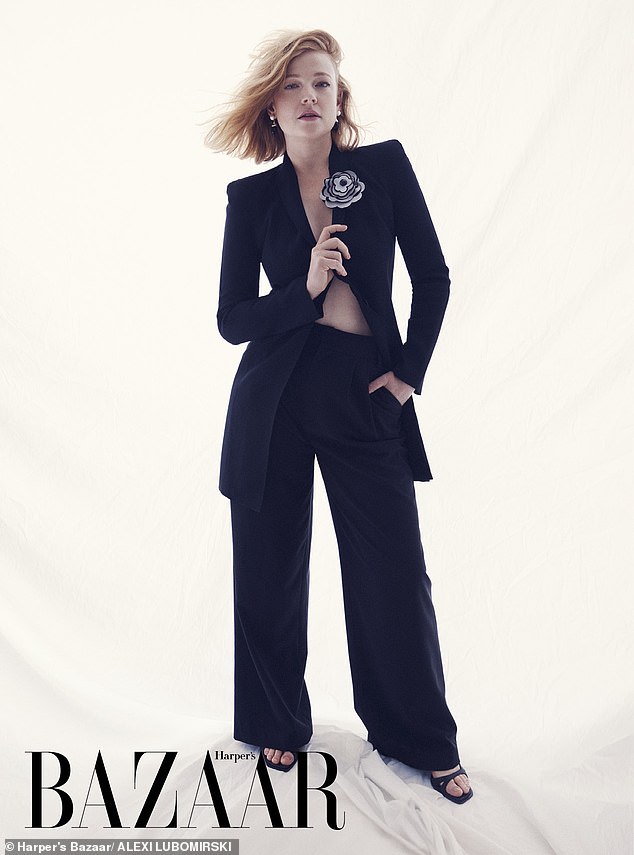 Power dressing: Sarah Snook looked powerful as she wowed in a plunging black jacket and matching suit trousers in the December issue of Harper’s Bazaar on Wednesday

Sarah explained: ‘When I first read the script, I thought, “This is not me, I don’t know what a billionairess is like, I can’t play it.”

‘So, I said, “I’ll give you what I can do.”’ she added of taking on the acclaimed performance won her the Television Actress award at the Harper’s Bazaar Women of the Year Awards on Tuesday night.

The actress said of her fashion influence: ‘It’s so wild, and very amusing to me because I am not a style icon at all.’ 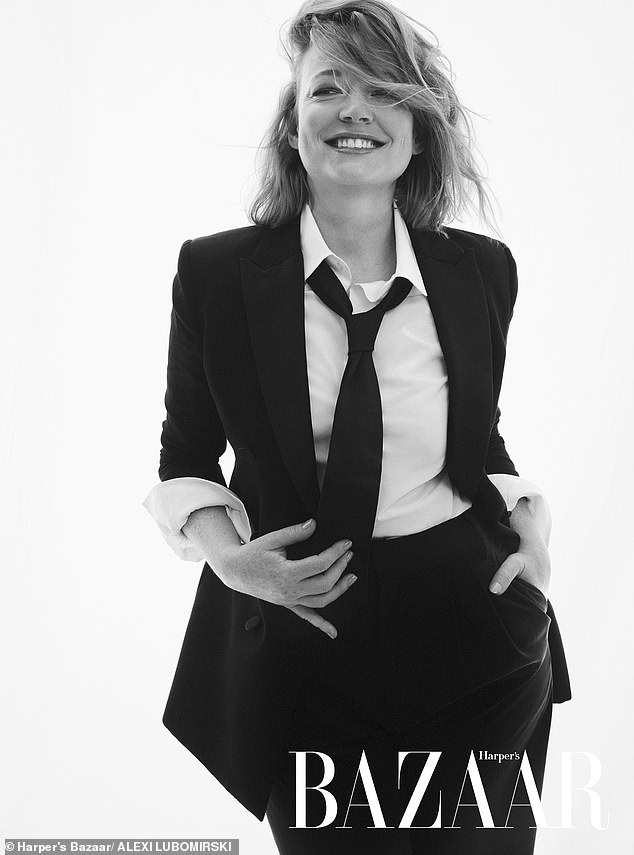 ‘I don’t know what a billionairess is like’: The actress told the magazine she had no idea how to play her much-loved character when she read the Succession script 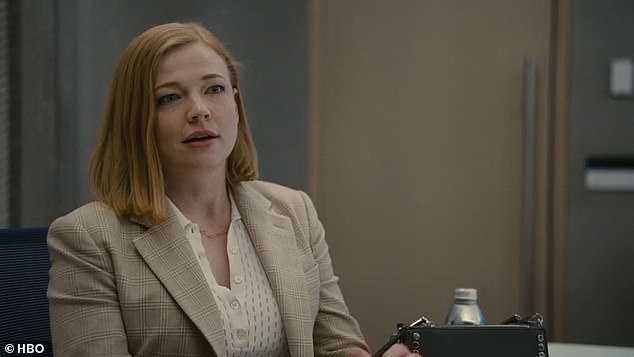 In the show: ‘So, I said, “I’ll give you what I can do.”’ she added of taking on the acclaimed performance won her the Television Actress award at the Harper’s Bazaar Women of the Year Awards on Tuesday night’ 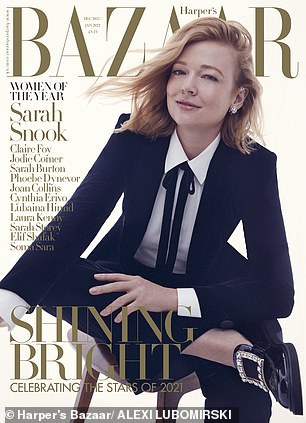 Coming soon: The December issue of Harper’s Bazaar UK is on sale from 05 November

The star continued: ‘I have had a few instances where people have recognised me from the show and gone, “Oh, no it couldn’t be” because I’ve not lived up to the expectation!

Sarah revealed earlier this month that she proposed to her partner Dave Lawson, and couldn’t believe she was able to marry her best friend.

On adding children to their family, the actress said in the candid interview: ‘When’s the right time to have kids? It’s the age-old question for women and there is no answer.

‘I definitely would like to have children, if I’m lucky enough to be able to, but it is about managing that balance.

‘I, maybe naively, would like to keep as much going forward as I can career-wise, but that’s about the support you have around you and the partner you’re doing that with.’

The Succession star secretly married Dave in the backyard of her home in Brooklyn, New York, in February.

Reflecting on the magical day, the Australian actress spoke with Holly Willoughby and Phillip Schofield on Morning as she gushed their partnership ‘works so well’.

Sarah said: ‘Both of us cringe about the “I’m so happy, I married my best friend.” We’re like, “Oh God, are we one of those people?” But it works so well.’ 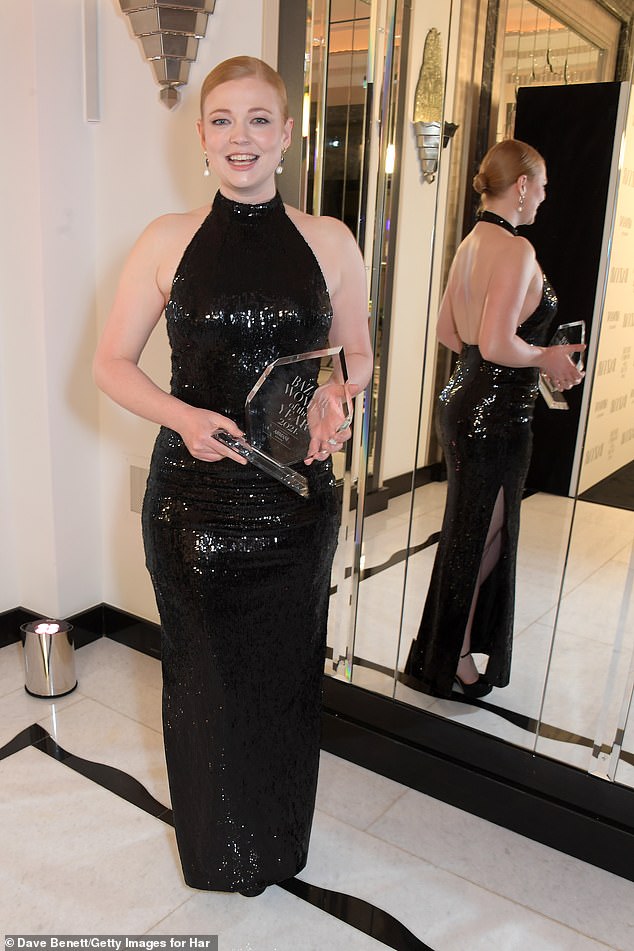 ‘I’ll give you what I can do’: Sarah’s acclaimed performance won her the Television Actress award at the Harper’s Bazaar Women of the Year Awards on Tuesday night

She went onto reveal that she took matters into her own hands with the proposal, and she was the one to get down on one knee.

Sarah added that the newlyweds weren’t expecting to fall in love and that it happened quite naturally: ‘We’re very blindsided by it, we fell in love and it was the only option – we couldn’t be apart.’

Sarah first revealed she’d tied the knot with Dave in an interview with Vogue Australia this month. 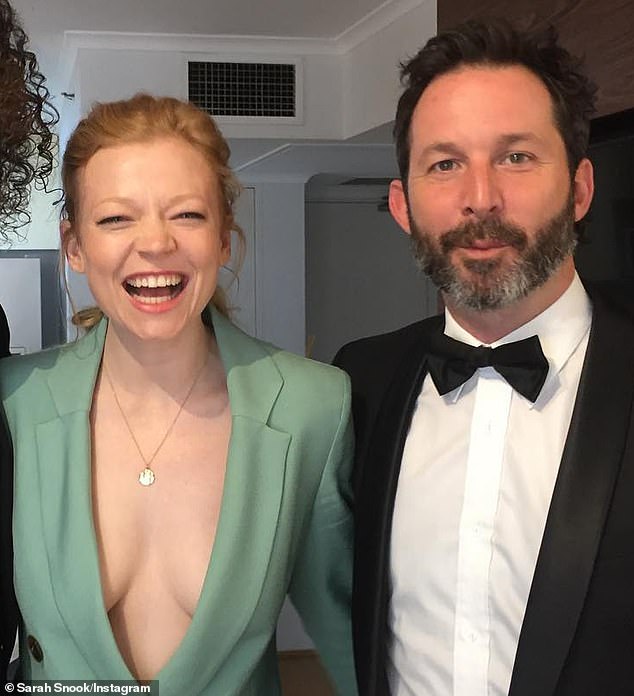 Newlyweds: The Succession star spoke to Holly Willoughby and Phillip Schofield about tying the knot, to her now husband Dave Lawson, pictured right

She told the publication: ‘At the beginning of the pandemic last year, I got locked down in Melbourne with one of my best mates and we fell in love.

‘We’ve been friends since 2014, lived together, travelled together, always excited to see each other, but totally platonic.’

Sarah added that the stars aligned and a romance between the pair arose.

‘We’ve just never been single at the same time,’ she explained. It’s been a ride. There’s so much heartache and sadness in the world, but on a micro personal level, I’ve been very fortunate.’

The December issue of Harper’s Bazaar UK is on sale from 05 November. 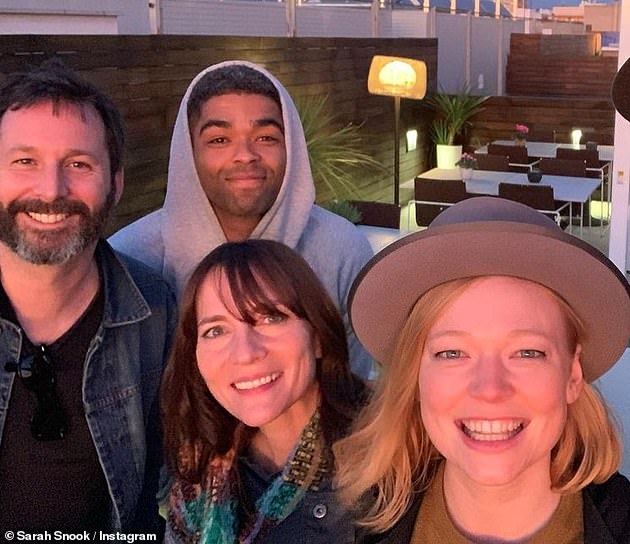 Pals: Dave (far left) has appeared in photos shared to Sarah’s Instagram account, with the pair taking a trip to Spain together with friends in 2019