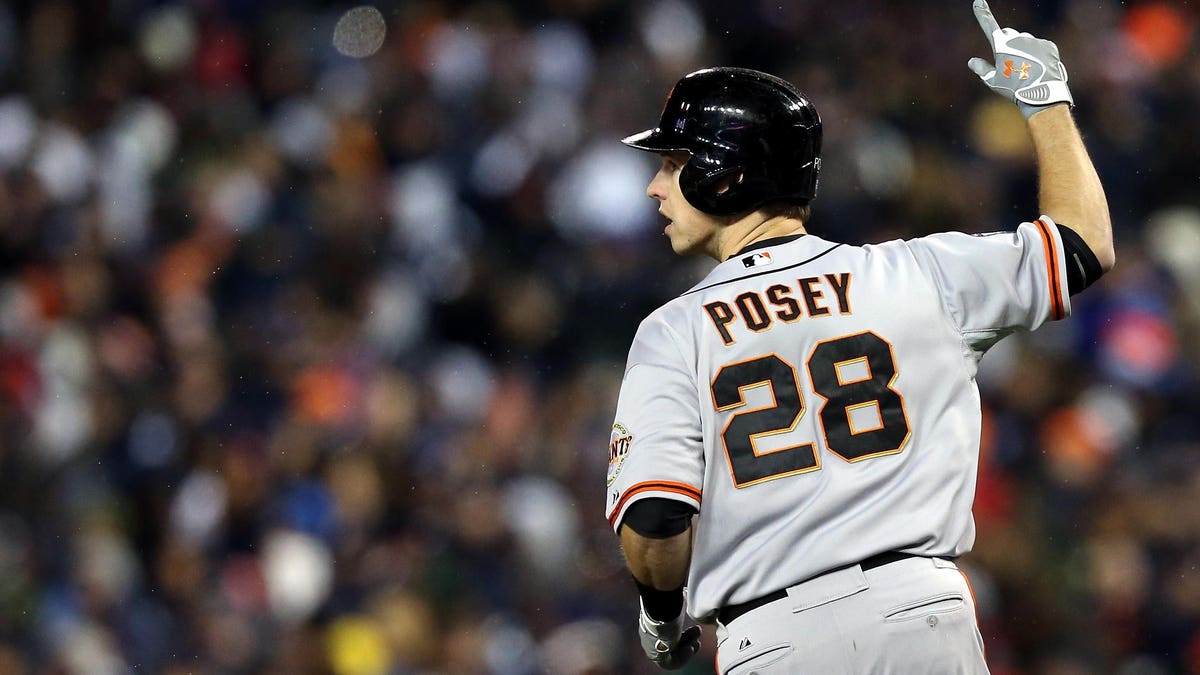 Posey, 34, starred on the Giants’ three World Series-winning teams and racked up numerous individual accolades over the course of his career , including the 2012 National League Most Valuable Player award and seven All-Star Game selections.

Prioritizing family over baseball is not new for Posey, as he opted out of the 2020 MLB season to protect his newborn adopted twin daughters, who were born prematurely, amid the pandemic.

Posey’s final season was among the finest of his 12-year career, as he earned the National League Comeback Player of the Year award after leading the Giants to a surprise playoff run.

Posey thrived while on the field, but struggled with health issues stemming from the physically demanding catcher position. He missed most of the 2011 season after suffering a severe ankle injury in a nasty collision at home plate and the second half of the 2018 season due to hip surgery. Posey’s dominance was unquestioned and he was named the starting catcher on the MLB’s 2010s All-Decade team. He was one of the most recognizable faces of baseball throughout his career and was named to Forbes’ 30 Under 30 list in 2015 and “The World’s Highest-Paid Athletes” list in 2018.

$150.9 million. That’s how much Posey earned over the course of his career excluding endorsement deals, according to Spotrac.

Though he turned down a $22 million 2022 salary, Posey still made a large fortune this week. Forbes reported in 2013 that Posey owned significant equity in BodyArmor, a sports drink company Posey endorsed throughout his career that was bought by Coca-Cola Monday for $5.6 billion. Posey’s stake is unknown, but Sportico reports he likely received an “eight-figure” payout from the sale. The estate of Kobe Bryant, another BodyArmor athlete endorser who invested in the company a year after Posey, reportedly collected $400 million off the late athlete’s $6 million stake, good for a staggering 6,600% return on investment.

Buster Posey Is A Marketer’s Dream, But Good Luck Getting Him To Play Ball (Forbes)