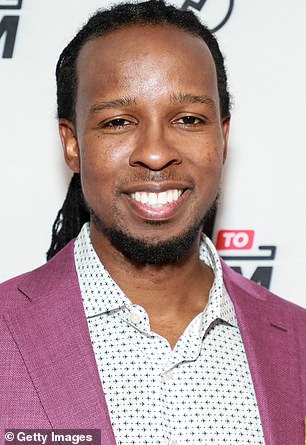 Ibram X. Kendi posted and then deleted a tweet promoting an article which stated that white college applicants pretend to be non-white in order to gain acceptance

Ibram X. Kendi posted and then deleted a tweet promoting an article which stated that white college applicants pretend to be non-white in order to gain acceptance – which his critics claim contradicts his own theories about white supremacy and ‘privilege.’

The controversial anti-racism author and Boston University professor tweeted a link to an article from The Hill.

‘More than a third of White students lied about their race on college applications, and about half of these applicants lied about being Native American,’ Kendi tweeted.

‘More than three-fourths of these students who lied about their race were accepted.’

The Hill story cited a survey by Intelligent which found that 34 percent of white students falsely claimed they were a racial minority.

Most of those students – 81 percent – said they lied in order to improve their chances of getting accepted while half of them said they did so in order to qualify for minority-focused financial aid. 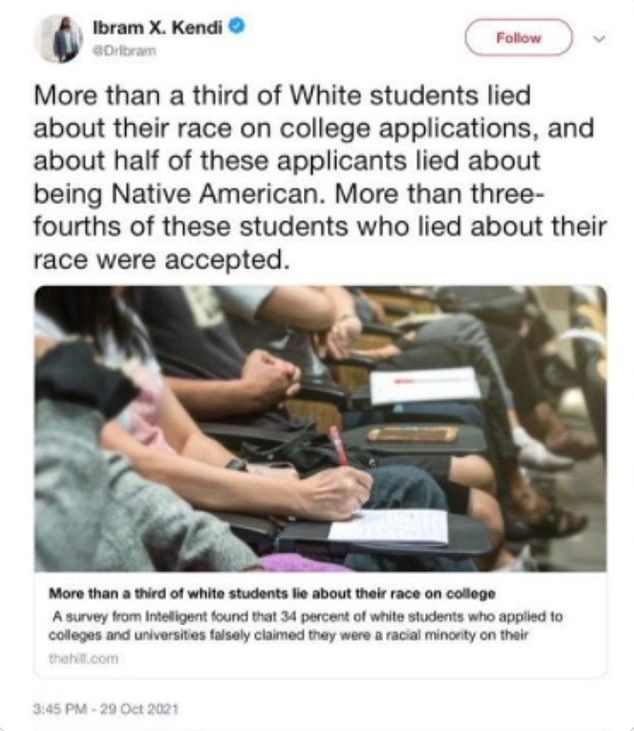 Nine percent said they were Asian or Pacific Islander.

Kendi is the director of Boston University’s Center for Antiracist Research. He is also the author of the three bestselling books, including How to Be an Antiracist, which became more popular in the wake of last year’s police-involved death of George Floyd in Minneapolis.

He was also named by TIME magazine as one of the most influential people in the world.

Born Ibram Henry Rogers, Kendi changed his middle name to Xolani, which means ‘Peace’ in Zulu, and his surname from Rogers to Kendi when he got married after choosing the new name together. Kendi means ‘loved one’ in Meru.

His area of expertise, anti-racism, has been mentioned in the same breath as ‘critical race theory,’ which critics say is being taught to children to indoctrinate them about the evils of being white.

Who is Ibram X. Kendi?

Ibram X. Kendi is a professor of history and the director and founder of Boston University’s Center for Antiracist Research.

He author of three number 1 New York Times bestsellers and this month was named to Time100 list of most influential people in the world.

He describes himself on his website as a hardcore antiracist and softcore vegan and married his wife, Dr. Sadiqa Kendi, a pediatric emergency physician, in 2013.

Kendi changed his middle name to Xolani, which means ‘Peace’ in Zulu, and his surname from Rogers to Kendi when he got married after choosing the new name together. Kendi means ‘loved one’ in Meru.

Al Sharpton said of Kendi: ‘It is no surprise that Kendi has emerged as one of the most important scholars of his generation, accurately interpreting the civil rights gains and losses across the many years. But Kendi doesn’t simply engage in the “paralysis of analysis,” as Martin Luther King Jr. once observed.

‘He provides concrete and actionable steps and recommendations that we can all take to wipe out the vestiges of racism and bigotry and strive to be—to use the term Kendi popularized in 2019­—antiracist.’

In 2018, Kendi was diagnosed with stage 4 colon cancer but is now cancer-free following treatment.

Those against critical race theory have argued it reduces people to the categories of ‘privileged’ or ‘oppressed’ based on their skin color.

Supporters, however, say the theory is vital to eliminating racism because it examines the ways in which race influence American politics, culture and the law.

On Twitter, Kendi’s critics said that his deleting of the tweets was an admission that his philosophy is false and that this country does not oppress non-whites.

Posobiec said Kendi ‘deleted it after realizing he just debunked his life’s work in one tweet.’

When Posobiec bragged on Twitter that he ‘broke’ Kendi, the author accused him of employing a racist trope.

‘Jack couldn’t deny his lies so this is how he responded. And his “broke” reference has a long history within racist structures,’ Kendi wrote.

‘The resistance never stopped then and it won’t stop today.’

‘He deleted the tweet after realizing it didn’t advance his argument of systemic white privilege.’

Another Twitter user said: ‘Ibram X. Kendi deleted this tweet about college admission when people noted it undermines his entire life’s work of claiming America is rife with white supremacy.’

Cathy Young tweeted: ‘LOL not a good day to be Ibram X Kendi.’ 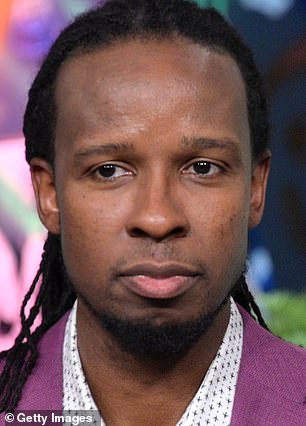 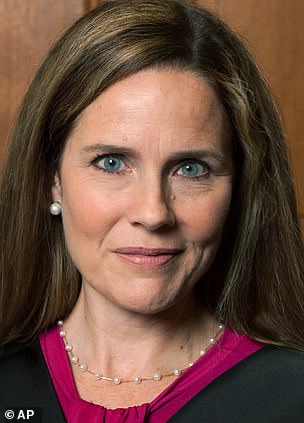 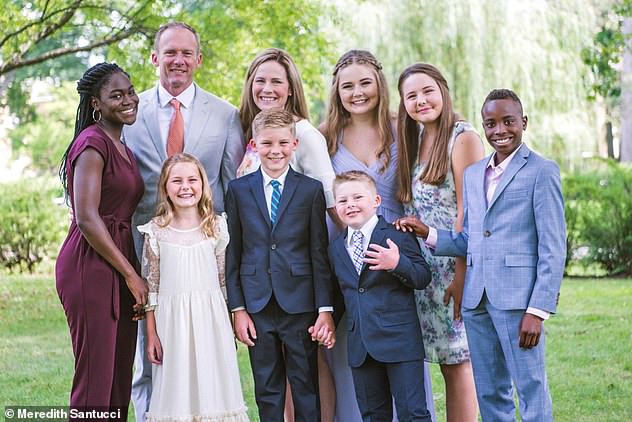 Barrett, a devout Catholic, has seven children – five biological and two adopted. Her youngest child also has Down Syndrome 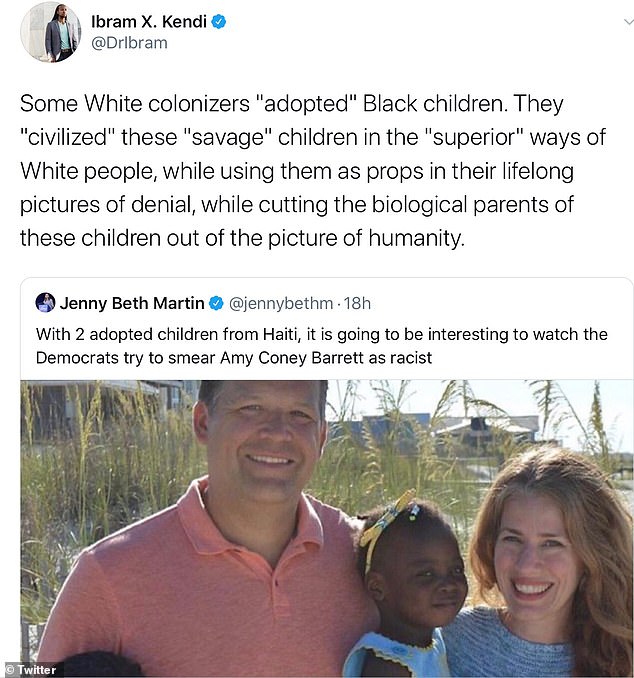 ‘Some White colonizers “adopted” Black children,’ Kendi wrote on Twitter. ‘They “civilized” these “savage” children in the “superior” ways of White people, while using them as props in their lifelong pictures of denial, while cutting the biological parents of these children out of the picture of humanity.’

‘Interestingly, the tweet backfired, as the study undermines his theory,’ Ismael Hernandez tweeted.

‘If white students are provileged for being white there will be no need for claiming minority status.

‘There must be some privilege in claiming minority status…’