Schoolchildren as young as five could soon be expected to sing the national anthem every day before starting class.

The policy was proposed at a state Liberal party council meeting in Gladstone, Queensland, on Saturday.

Fiona Simpson, MP for Maroochydore on the Sunshine Coast, said such a policy could help to foster strong ‘national identity’ in Australian youth.

Should schoolkids sing the national anthem before class every day?

She said it was crucial children embraced the importance of the anthem from a young age so they could understand its meaning by the time they became adults.

‘We must ensure our children understand how important it is as part of their national identity and then grow that as citizens,’ Ms Simpson said at the meeting, after leading the party room in singing the anthem.

Similarly, former state candidate Pinky Singh said singing the anthem daily would help to foster unity among children and their peers, regardless of race or religion.

These LNP members are calling on the state opposition to ‘adopt a policy that would mandate the singing of the National Anthem at the beginning of the school day for all schools’.

It comes amid claims some schools across the nation do not ever sing the anthem. It is standard practice for most schools to sing the song weekly – normally during an assembly or parade day. 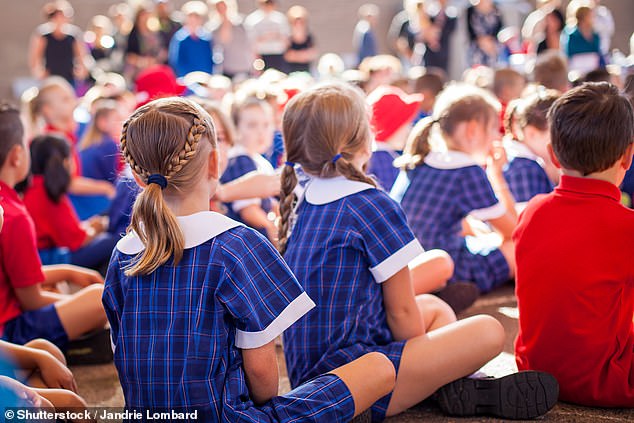 The anthem has been a point of contention for years and caused heartache for some of the indigenous population in particular. Many feel the lyrics do not accurately represent them and their heritage.

The critics have long claimed that describing Australia as a ‘young nation’ in the line ‘we are young and free’ overlooks the fact Aboriginal people have lived on the continent for tens of thousands of years.

The controversial lyrics have sparked public protests, with national sporting events typically at the forefront of debate around changing the national anthem.

Last year, half of the indigenous team refused to sing the Australian national anthem played in the lead up to the NRL game against the Indigenous All Stars and Maori All Stars. 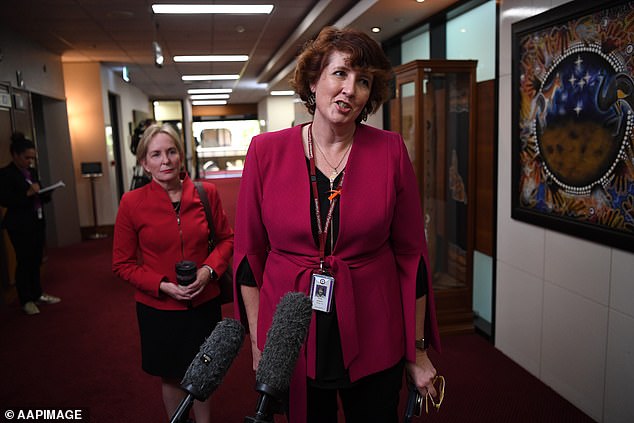 Fiona Simpson, MP for Maroochydore on the Sunshine Coast, said such a policy could help to foster strong ‘national identity’ in Australian youth

Australians all let us rejoice,

For we are one and free;

Our home is girt by sea;

Our land abounds in nature’s gifts Of beauty rich and rare;

In joyful strains then let us sing, Advance Australia Fair.

Beneath our radiant Southern Cross We’ll toil with hearts and hands;

To make this Commonwealth of ours Renowned of all the lands;

For those who’ve come across the seas We’ve boundless plains to share;

With courage let us all combine To Advance Australia Fair.

In joyful strains then let us sing, Advance Australia Fair.

Prime Minister Scott Morrison announced on New Year’s Eve that the second line of the anthem, Advance Australia Fair, had been changed from ‘for we are young and free’ to ‘for we are one and free’.

‘While Australia as a modern nation may be relatively young, our country’s story is ancient, as are the stories of the many First Nations peoples whose stewardship we rightly acknowledge and respect,’ he said.

Governor-General David Hurley also agreed to a government recommendation to change the wording of the anthem.

Mr Morrison said the change was made to reflect all Australians.

‘During the past year we have showed once again the indomitable spirit of Australians and the united effort that has always enabled us to prevail as a nation,’ he said.

‘It is time to ensure this great unity is reflected more fully in our national anthem.’

Advance Australia Fair was composed by Peter Dodds McCormick and first performed in 1878. It was adopted as the national anthem in 1984.

Indigenous players refused to sing the national anthem in protest during State of Origin (Pictured left to right: Mitchell, Addo-Carr and Walker did not sing. They were joined by Payne Haas)