Tottenham: Antonio Conte claimed he wanted a ‘stable’ Spurs, but he opens up with rollercoaster win

Tottenham: Antonio Conte claimed he wanted a ‘stable’ Spurs, but he opens up with rollercoaster win

Antonio Conte is back. The Italian was afforded a hero’s welcome by the Tottenham Hotspur supporters who have heralded his appointment as the arrival of the messiah.

Conte took charge of Spurs for the first time as his new side defeated Vitesse Arnhem 3-2 in the Europa Conference League in a crazy encounter.

Spurs came into the game following a poor start to the campaign, including a 3-0 home defeat by Manchester United on Sunday. 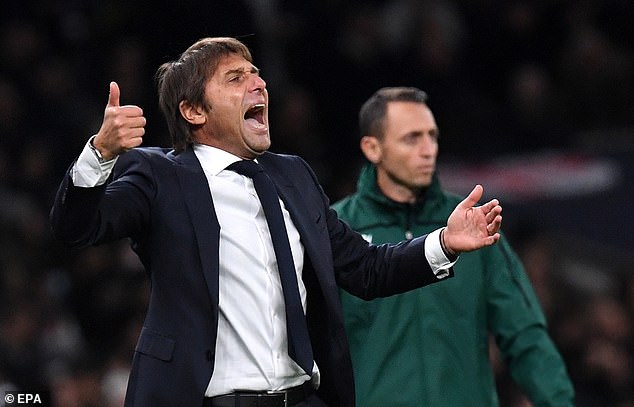 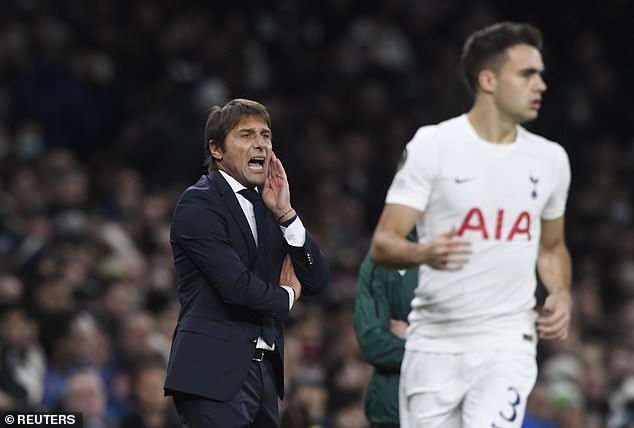 The defeat resulted in the dismissal of boss Nuno Espirito Santo after just four months in charge, with fans having vented their anger at the former Wolves boss as well as chairman Daniel Levy following another lifeless display.

Spurs have been among the Premier League’s lowest chance creators and goal scorers this term but got the Conte era off to flying start on Thursday.

Within 30 minutes they had raced into a 3-0 thanks to goals from Son Heung-min, Lucas Moura and an own goal.

Conte stood poker faced on the touchline despite the fact it had looked like he had already turned around the team’s fortunes and rock bottom confidence in just a few hours on the training ground. 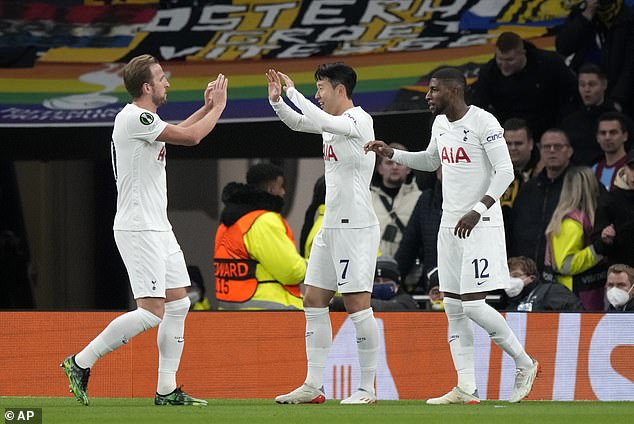 However, Vitesse soon hit back in the first half with two goals, and after coming out of the blocks quicker in the second half put the pressure on even more when Cristian Romero was sent off.

Conte’s side though held on, thanks to the Dutch team suffering two red cards themselves, to give the Italian a lot to ponder after his first 90 minutes at Spurs.

No messing from on his big night. It may have ‘only’ been the Conference League – but this was a strong Tottenham team.

Harry Kane, Heung-min Son et al. It appeared to pay off as Tottenham raced into a 3-0 lead. But then Tottenham turned a bit, well, Spursy.

It remains to be seen what changes, if any, Conte makes for his first Premier League game in charge at Everton on Sunday. 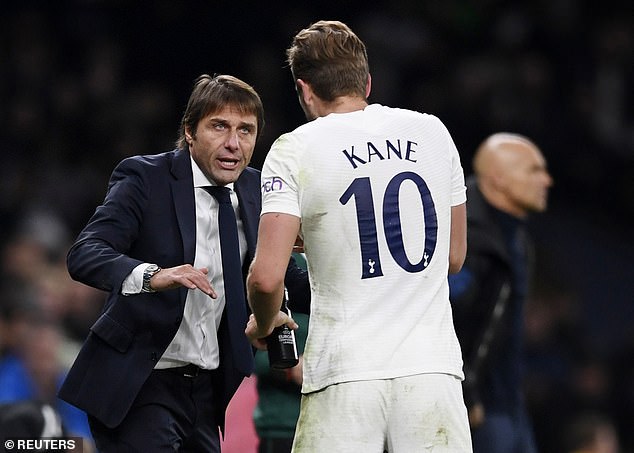 But after conceding two sloppy first-half goals, the defenders have some work to do to win over their new boss.

Conte went with what he knows: three-at-the-back. And you couldn’t escape the irony of it all. Nuno Espirito Santo, for whatever reason, decided against deploying the same system during his short reign at the Tottenham, despite having such success with it at Wolves.

If he did, perhaps he’d have been in the home dugout. And for the first 30 minutes, Tottenham took to the new look 3-4-3 formation like a duck to water. The way Vitesse clawed their way back into the game, however, will provide Conte with an early problem to solve.

Conte, though, was forced to change to back four after Cristian Romero was sent off in the second half. Not the best way to make an impact on your new manager. 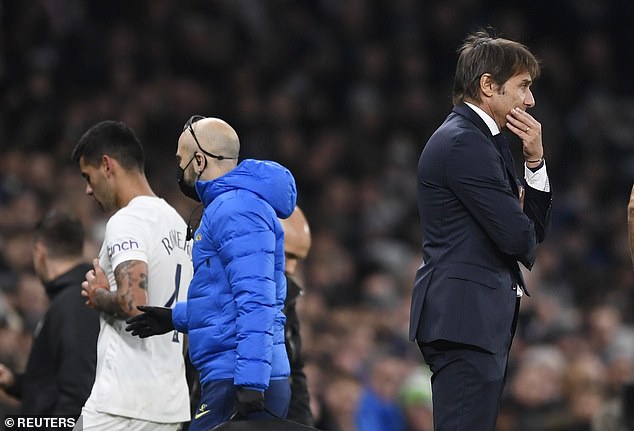 Immaculately dressed in a perfectly fitting black suit, Conte spent most of the game stood pensively, arms crossed, in his technical area.

He had much to ponder, of course, after the chaotic first 45 minutes. ‘Yes, yes,’ he roared before turning to high-five his back room team as Lucas Moura slotted home Tottenham’s second goal before quickly regaining his composure.

The animated Conte we became accustomed to at Chelsea remained locked away. Tottenham fans have all that to look forward to, particularly if they give away more goals like they did. 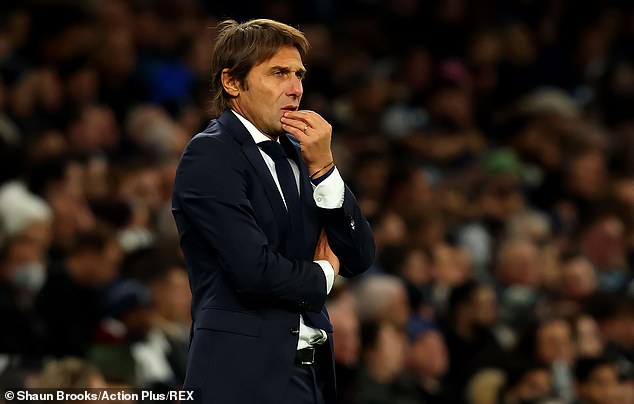 In his first interview with Tottenham’s in-house media team, Conte said he wanted the team to ’stable, not up and down’. This was anything but.

If Conte was unsure of the task ahead of him, he certainly won’t be after this.

But you’d be a fool to bet against Conte finding all the answers.