Home
shooting in Sacramento
US News

Six people were killed and at least ten others were injured in a predawn shooting in Sacramento, California, on Sunday, according to authorities. 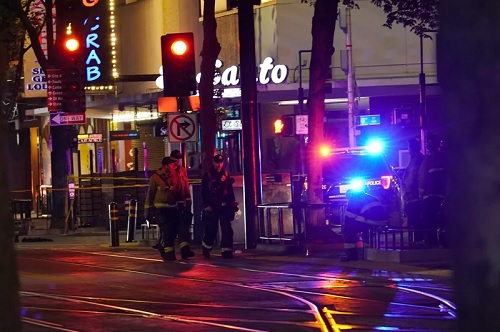 At a press conference, Police Chief Kathy Lester described the shooting as a "really tragic situation," adding that authorities do not have any suspects in custody and are asking for the public's help.

She begged anyone who saw anything, has footage of the event, or has other information for the authorities to come forward.